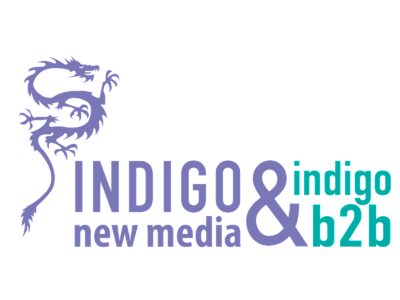 Joburg is often referred to as a "World Class African City", but have you ever thought of what this means exactly? Off the top of my mind I would say an advanced African city, a city with endless possibilities, rich in resources, infrustructure, strong economically and a city that is one with its people. It is a smart city that engages its people and together they build a resilient city.

I had to look the term up because I don’t know really what’s being referred to, but if it is anything close to what I consider a “World Class African City” then I’m a proud Joburger.

According to the City of Johannesburg, Joburg - a World Class African City, is a vibrant, equitable African city, strengthened through its diversity; a city that provides real quality of life; a city that provides sustainability for all citizens; a resilient and adaptive society. Well, isn’t that a grand city? Take a moment to go through that statement again, it sounds like a possibility, doesn’t it? Something that could easily be, and why not if we are willing? Vibrant is who we are and the power ignited by our diversity can influence the resilience and quality of this city in so many ways – something that we so wish for. But, we are not there yet, Joburg. I mean look around you. Never mind job creation, access to clean water and sanitation, electricity and housing, all of which are most sought after necessities by an average Joburger.  But how do we begin to talk about quality of life and sustainability for all citizens when our roads are crowded with dirt and garbage? What about the potholes? What about citizens who are killed on the roads every day because of traffic lights that aren’t working? Yet we talk of them flourishing in the real quality of life. How do we address what would need long term investment to fix, when the smallest issues that could make the biggest difference are ignored? We are not there yet Joburg.

I believe there is great potential for the city to become what it envisions in the statement. I’m quite sure we’ve all had different thoughts at the mention of “Joburg, A World Class African City”. That’s what we all want the city to be, and it can be. Why not, if we are willing?

The city needs people who are enthusiastic and committed to help it reach its fullest potential. The city needs citizens, businesses, organisations and neighbourhoods to stand together, share ideas and collaborate in making this vision a possibility. Where citizens can report potholes in their areas, the neighborhood can come together and discuss fixing the potholes, and organisations and businesses can assist in providing required equipment and materials in fixing the roads.

Talitha Hlaka is an Accounts Manager at Indigo New Media, a collaboration champion and a community manager for Joburg City Network.

Thanks Talitha, I loved reading your blog and I am looking forward to see more feedback from others who might be interested in collaborating around ways to record the potholes that need fixing.

Joburg is often referred to as a "World Class African City", but have you ever thought of what this...

A more passionate Joburg lover you will not find

Meet Rika Joubert, a strong, caring woman who lives in an apartment block on Prayer Hill in...