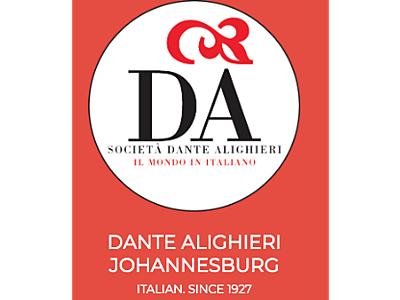 About us
Blog
Videos
Forums

The Dante Alighieri Society Johannesburg is a non-profit organization that was founded in 1927. It was the first of four Dante Alighieri Society Committees in South Africa. The first Dante Alighieri Society was founded in Bologna in 1889 by poet Giosuè Carducci, with the objectives of preserving and promoting Italian language and culture abroad, and helping Italians in faraway lands to maintain cultural links with their country of origin. Today the DA has over 400 branches throughout the world and yearly teaches more than half a million students. The Society takes its name from Dante Alighieri, the illustrious 13th Century Italian poet, author of the world-renowned Divine Comedy, and who is considered the “Father of the Italian Language”. Such is his fame that he is universally known simply as “Dante”; similarly the Society is simply referred to as “The Dante”. The Johannesburg chapter of the Dante was started in 1927 by Luigi Fatti, under the auspices of the first Italian Ambassador to South Africa, Count Natale Labia.