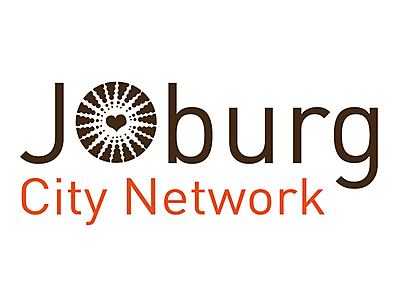 About five years ago, I had a less than pleasant encounter with an arrogant, known Johannesburg business personality. In the meeting, while presenting Indigo’s digital platforms, he asked ‘why pay for collaborative space when it’s free on Google Drive’? I hope for his sake, that he has not built his platforms, community engagement and knowledge repositories on Google Drive. Here's why.

I knew then that in our business, we were following a path of data integrity but what I didn’t realize were the pernicious levels of data infringement out there.

Google, Facebook, Microsoft, according to Roger Macnamee, are all guilty of serious data privacy infractions. Macnamee, a tech venture capitalist and early mentor to Mark Zuckerberg, recently published Zucked, a New York Times bestseller. Macnamee who is also a Facebook investor unpacks the serious damage Facebook is doing to our society - and sets out to try to stop it.

Facebook’s recent data privacy breaches included one that saw the Silicon Valley tech giant share data with more than 150 companies that include automakers and media organisations. Spotify, Netflix and the Royal Bank of Canada were able to read, write and delete Facebook users’ private messages, and to see everyone on a message thread. Facebook let Microsoft’s Bing search engine see the names of virtually all Facebook users’ friends without consent.

Google uses Gmail to track a history of things you buy, and it’s hard to delete. CEO Sundar Pichai wrote a New York Times op-ed that said: “privacy cannot be a luxury good.” But behind the scenes, Google is still collecting a lot of personal information from the services you use, such as Gmail, and some of it can’t be easily deleted.

Google’s privacy page says that only you can view your purchases. But it says “Information about your orders may also be saved with your activity in other Google services” and that you can see and delete this information on a separate “My Activity” page.

Except you can’t. Google’s activity controls page doesn’t give you any ability to manage the data it stores on Purchases.

Microsoft’s privacy statement says the following. ‘Microsoft collects data to help you do more. To do this, we use the data we collect to operate and improve our software, services, and devices, provide you with personalized experiences and to help keep you safe. These are some of the most common categories of data we collect.’

And if any of this is new to you and you’re not completely freaked out, colour me surprised! According to a study conducted by professors at the University of Utah and the University of North Carolina at Chapel Hill, major tech companies such as Facebook, Google, Twitter, and Microsoft played an unprecedented role in political campaigns during the 2016 election. The study reports that an unusually high amount of “surrogate staffers”, one from Google, three from Microsoft, and two from both Facebook and Twitter, joined forces with Trump’s 2016 election team’s assembly of digital experts.

Is it simply a trade-off. We have more access to information that ever before and it’s ‘sort of free’. Do we need to trade-off against privacy? It’s a tough one. Who doesn’t love at least one of these platforms? Google mail’s corporate accounts are great to use, but the truth is that behavioural analytics are being extracted all the time.

We do however need to be more vigilant, I think. When data privacy is breached it gives governments more power, it gives the private sector more power, it could potentially start diminishing free speech and thought.

Being early in our journey where our platforms are gathering data,  we discussed how we have the opportunity to retain the integrity and we’ve adopted as a value, Respect the Data.

I’ve written so extensively on the need and benefits of collaboration over the past few years, that...

About five years ago, I had a less than pleasant encounter with an arrogant, known Johannesburg...

Rethinking the neighbourhood as a community

Sounds a little bizarre because neighbours have always been a community right? Well, it’s only right...

How Masters of Scale cleared my blog writer’s block

Platforms, The Platform Revolution, Communities and customer retention, the building of smart...

Blog 2 in the Platform series. Your customer of days past was in the dark. If they purchased an...

The most recent revolutionary innovations have not been about new products

The Platform disruptors Blog Series – Blog 1 Just take a look at where disruption has come from...

So let’s talk about the healthy BIG C

The online community imperative for B2B brands Blog 4 in the 2019 series.

The biggest WHY question for online communities - answered

Like me, from time to time, you possibly feel that the pace of innovation is pretty insane and...

Lego had helped kids build cool stuff since the 1930s but they may not have built their firewalls...

Communities could become one of your greatest assets in 2019

Communities are without a doubt becoming more and more critical to business, to civil society and...